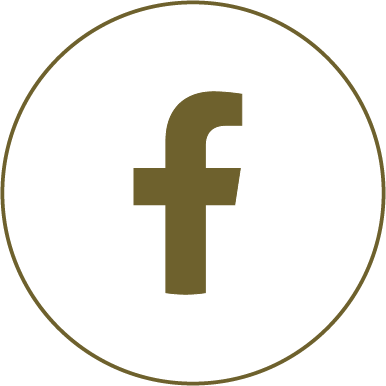 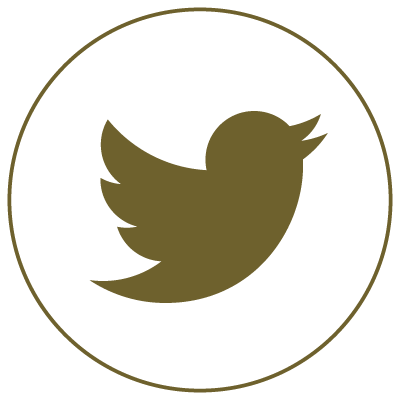 Charles C. Anderson, Sr., is Chairman Emeritus of the Anderson Companies, primarily comprised of Anderson Media, a leading merchandiser for mass market retailers; TNT Fireworks, the largest distributor and merchandiser of fireworks in the U.S.; Books-A-Million, the second largest bookstore chain in the nation; and Anderson Press, a book publisher focusing on the numismatic and sports market. Mr. Anderson served on the board of First National Bank of Florence for over twenty years. He has served on the boards of the U.S. Space and Rocket Center, Heritage Trust Fund, was a charter member of the Shoals Economic Development Authority Board, and served on The Salvation Army National Advisory Board. He is a member of the University of Alabama President’s Cabinet and the President’s Cabinet at the University of North Alabama. He was University of North Alabama Alumni of the Year in 1979. Mr. Anderson was inducted into the Alabama Business Hall of Fame in 2002, into the Alabama Academy of Honor in 2011, into the Horatio Alger Association in 2015, into the Florence Walk of Honor in 2016, and named the 2016 Shoals Chamber of Commerce Citizen of the Year.  Mr. Anderson graduated from Florence State Teachers College (now University of North Alabama) with a B.S. degree in marketing and a minor in economics.

Carson Anderson  is a North Alabama businessman who first served as an Advisory Director beginning in 2018 and was elected to the board of directors of First Southern Bank in October of 2020.

Mr. Anderson attended the University of Tennessee, Knoxville from 2008 to 2012, where he obtained a Bachelor of Science in Business Administration, majoring in management with a collateral in entrepreneurship.

He is the fourth generation of Anderson family members to be involved in their family businesses. In 2013, Anderson went to work full time in the family business with Anderson Merchandisers in Plano, TX. In 2015, he joined American Promotional Events, Inc., DBA TNT Fireworks, where he moved to Hong Kong and began working in sourcing and managing all TNT Fireworks’ Hong Kong and China supply chains. In 2017, Anderson moved back to Florence, AL to manage TNT Fireworks’ national chains and marketing efforts. In 2020, TNT Executive VP Anderson was promoted to manage TNT Fireworks’ west coast operation. He will continue to be involved locally through TNT’s Executive Management Committee.

He is a lifelong resident of the Shoals and graduated from the University of North Alabama with a major in Business Management.  He works at Anderson & Anderson , LLC in downtown Florence managing family business holdings and real estate.  Joel also serves as a director for the Shoals Economic Development Authority (SEDA) and the Joel R. Anderson Family Foundation.  His wish is to make the Shoals the best possible place to live and is honored to continue this mission as an advisory member of the First Southern Bank Board of Directors.

Billy Bridgeforth, is a prominent north Alabama farmer and businessman. Mr. Bridgeforth and his brother, Greg, represent senior management of Darden Bridgeforth & Sons, which grows cotton, corn, wheat, soybeans and canola using a variety of cutting-edge agronomic techniques and land conservation practices on a 3,000+ acre family-owned farm and 10,000+ additional leased acres. The farm was established in 1870 by Mr. Bridgeforth’s great-grandfather, who was born into slavery. The Bridgeforth family is credited for refining and reintroducing canola to north Alabama, a crop previously grown in North Dakota and Minnesota. Their research showed that it would grow well in a northern Alabama winter climate, and that there are profitable markets for the crop. The family business is now firmly in its fifth generation. Mr. Bridgeforth graduated from Alabama A&M with a degree in soil science and is Chairman Emeritus of the National Black Growers Council, where he advocates on behalf of black farmers in the United States and abroad. He was recognized as a “Champion of Change” by President Barack Obama, an award given to advocates for the agricultural profession who encourage the next generation of farmers and ranchers.

Kim S. Kraft  is Chief Financial Officer for American Promotional Events/TNT Fireworks.  She has been a part of that company since 2012.  Prior to that engagement, she served as Executive Vice President/Chief Financial Officer for Waffle House for seven years.  Kim also has a strong background in banking, working for SunTrust for nineteen years prior to joining Waffle House.

She graduated from Kennesaw State University with a Finance degree and later earned her Master of Business Administration from Duke University.

Chester L. McKinney, Jr., is an owner and Chairman of  McCo, Inc., a management services and consulting company for multiple family holdings.  These businesses include lumber production and distribution operations, both domestic and foreign, as well as industrial pallet and packaging operations.   In addition, they include medical device recycling and regulatory services.  He is a 1975 graduate of Auburn University with a B.S. degree in Industrial Management.  He is a former member of the Board of Trustees of Riverhill School, having served as its Board Chairman.  He presently serves on the University of North Alabama Foundation Board of Directors.

Joseph L. Beaver is the President and Chief Executive Officer of First Southern Bank and has held this position since July 22, 2020. Previously Mr. Beaver served as Senior Vice President and Agricultural Lender for First Southern Bank. Prior to joining First Southern, Mr. Beaver held the same position with Regions Bank. In his 23 years at Regions, Mr. Beaver served as a Market President, Sales Manager, Commercial Lender and Financial Advisor. Mr. Beaver is also a licensed property and casualty agent and a licensed crop insurance agent. Mr. Beaver is a graduate of the University of North Alabama, Graduate School of Banking at Louisiana State University, National Commercial Lending School at Oklahoma University, and Executive Development Institute at Vanderbilt University. Mr. Beaver is a Director and Treasurer for Easter Seals Rehabilitation Center and has served as a Director for the Shoals Chamber of Commerce, Muscle Shoals Board of Education, Tennessee Valley Art Association, and Muscle Shoals Park and Recreation Department.

Todd C. Ouellette, Sr., is the President and CEO of the Long-Lewis Automotive Group which includes 5 automobile dealerships and the Long-Lewis Foundation.  He graduated from Wallace State Community College in Hanceville, AL and went to work for Long-Lewis Ford in Birmingham at age 19.  He purchased his first auto dealership in Muscle Shoals in 1996 and turned it into what is now the largest Ford Dealership in the Atlanta Region.  Since moving to the Shoals area in 1996, he has bought and sold numerous automotive dealerships throughout Alabama and Mississippi.  He has been recognized by Ford Motor Company as the #1 dealer in the nation for customer satisfaction, the #2 dealer in the nation for market share and is currently in the top 2% in the nation for overall sales volume.  Mr. Ouellette also currently owns (or co-owns) several non-automotive companies including, but not limited to Shoals Outdoor Sports, Hurricane Creek Lodge, LLC, CMM Finance, Inc., First Southern Bank (Shareholder/Director), numerous Land Holding and Real Estate Development Companies, and more.  He currently serves on the Board for the Salvation Army and on the Board for the Fellowship of Christian Athletes, where he has served for more than 15 years.  He served on Ford’s National Dealer Council from 2011 to 2015 and was appointed to the University Of North Alabama Board Of Trustees in 2015 for a six-year term.

George D. Pillow, Jr.,  is Chairman of the Board for Geomarc, Inc., a management services firm, and is active in the day-to-day operations of both Geomarc and Senators Coach, a renowned tour bus leasing company.  Mr. Pillow graduated from Mississippi State University with a B.S. in Business Administration in 1969.  In 1973, Mr. Pillow and his wife, Martha Ruth Robbins (Rudi), moved to Florence.  Mr. Pillow went on to work for National Floor Products Company (Nafco), one of the leaders of the resilient flooring industry, during which time he worked himself up to President, and served as a board member and President of the Resilient Floor Covering Institute.  In 1994, Nafco sold to Domco, and Mr. Pillow became Executive Vice President and General Manager of Domco from 1994 to 1997.  Mr. Pillow left the flooring industry in 1997 and became involved in the daily operations of Senators Coaches, a small bus business he had purchased in the mid-1980’s.  Since then he has grown Senators into one of the largest companies of its type in the world.  In 2004, Mr. Pillow moved Senators from Mississippi to Alabama and brought three companies, Senators, Geomarc and Five Star Coach, under one roof.  Senators Coach is considered the most reputable company in its industry and has won the industry award for most outstanding bus company every year since 2006.  Mr. Pillow has served on boards including the YMCA, Salvation Army, United Way, Junior Achievement, Shoals Economic Development Authority, and the Chamber of Commerce.  Mr. Pillow is a member of Trinity Episcopal Church and has been active serving on its vestry and as Senior Warden numerous times as well as serving as the Trinity Trustee Chairman.  He was also Vice-Chairman of the Merrie-Woode Foundation and was selected Chattooga citizen of the year in 2016.  In 2013, Mr. Pillow renovated a historic building in downtown Florence and opened Odette restaurant.  Mr. and Mrs. Pillow were two of the founders of Riverhill School which opened in 1980, and remains the only independent, non-parochial school in the Shoals area.  Mr. Pillow has continuously served on the School’s Board of Trustees since 1980 and has served as its Chairman numerous times.  The Riverhill Foundation was founded in 1986 to support the school, and Mr. Pillow has served as Chairman of the Foundation since its inception.  Riverhill School moved to a state-of-the-art building in Florence in August of 2017.

Frank J. Niedergeses, III, is the Executive Vice President and Senior Loan Officer of First Southern Bank and has held this position since December 2017. Prior to this position, he served as Vice President and as Senior Vice President/Business Development Officer since joining the company in 2003. Mr. Niedergeses previously worked at SunTrust Bank for seven years as a consumer and commercial lender.  He completed the Leadership Shoals program in 2002 and is currently a board member and former Treasurer of the Children’s Museum of the Shoals. He is a graduate of the University of North Alabama and the Graduate School of Banking at Louisiana State University.

If you need to report a lost or stolen Debit Card issued by First Southern Bank, please call

If you need to report a lost or stolen Credit Card issued by First Southern Bank, please call